This webinar for Open Door Collective’s Immigrant and Refugees Education and Inclusion Issues Group highlights how meaningful cross-organization collaboration can meet the diverse needs of adults as they seek socio-economic opportunity in a world where access to essential skills and services remains out of reach. Representatives from the English Empowerment Center, Office for New Americans, Rosie’s Place, and Cell-Ed share lessons learned, stories from the field, and opportunities for disruption. 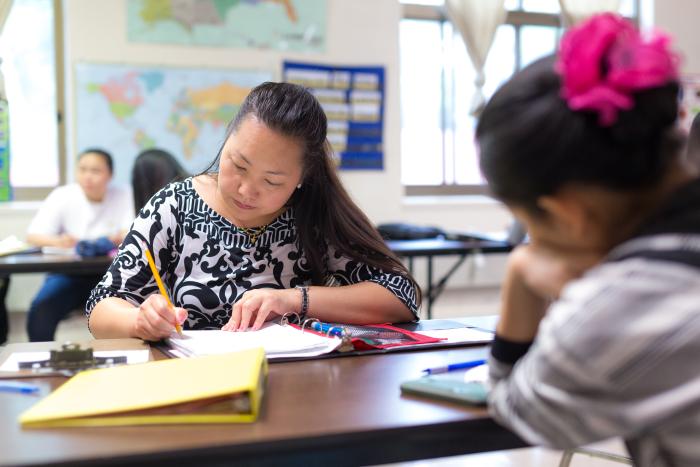 The Open Door Collective (ODC) is dedicated to reshaping U.S. society to have dramatically less poverty and economic inequality and more civic engagement and participation in all our society has to offer. As professionals working in adult education, social services and poverty reduction, ODC members believe that adult foundational (basic) skills education and lifelong learning programs can help open the doors of opportunity for everyone to healthier, more prosperous and satisfying lives.  ODC members have expertise in connecting adult foundational skills to employment and training, health care, and family and social services.  We believe that helping all adults to acquire and use English language, basic literacy, numeracy, high school equivalency, college readiness, and technology skills will improve everyone’s economic outcomes, broaden social participation and move us much closer to the kind of society in which we all want to live.

John Comings, Ed.D, is a Senior Technical Consultant at World Education, an adjunct faculty member at the University of Massachusetts at Amherst, and a Senior Consultant for USAID’s All Children Reading: A Grand Challenge for Development. From 2012 to 2013, he served in the Obama Administration as an education policy advisor focused on USAID’s reading initiative. Between 2008 and 2012, he was a principal international technical advisor at the Education Development Center. From 1996 to 2008, he was director of the National Center for the Study of Adult Learning and Literacy (NCSALL) and a member of the faculty at Harvard University’s Graduate School of Education. Before his time at Harvard, he spent 12 years as vice president for literacy programs at World Education. He has lived Indonesia for 2 years and Nepal for 6 years, where he worked on education projects. He holds an Ed.D. from the University of Massachusetts at Amherst.  He can be reached at john.comings@gmail.com

Lecester Johnson is the Chief Executive Officer of Academy of Hope, a nonprofit adult public charter school. Academy of Hope empowers over 500 adults in the process of earning a high school credential and building foundational skills. Lecester’s passion for education began at the early age of twelve when she held her first class for her four siblings to prevent learning loss over summer break. Since then, Lecester has further supported education and workforce development, including assisting with the initial re-establishment of the DC Public Schools vocational evaluation program. She holds a master's and an education specialist (Ed.S) degree in transition special education and severe emotional disturbance from The George Washington University. In 2011, Lecester earned the Meyer Exponent Award for excellence in nonprofit management. She can be reached at: lecester@aohdc.org.

Holly McCoy is the Executive Director of Literacy Services of Wisconsin. Ms. McCoy holds a Bachelor of Arts in English and Secondary Education and a Master of Arts in Adult Education, both from Alverno College. She has developed several innovative High School Equivalency Diploma programs. One of those programs, a new Construction HSED created in partnership with WRTP/BIG STEP, won a collaboration award at LISC’s annual MANDI Awards event and was recognized as an innovative practice by the U.S. Department of Education. Ms. McCoy has led two mergers and worked with her colleagues to make the agency a top-quartile AEFLA performer. Previous to her current role, she served as the Senior Director of Programs for Literacy Services, overseeing the programmatic operations of eight Milwaukee Area locations serving approximately 1,300 adult students annually. Ms. McCoy serves on several community committees related to adult literacy and workforce development. She can be reached at holly@literacyservices.org

Eric has served in various program and management roles at Literacy Minnesota since 1990, prior to being named executive director in 2000. In addition, he is currently on the Governor's Workforce Development Council. He was a founding member and past president of the St. Paul Community Literacy Consortium, and serves on its executive committee. He has also served on the Adult Basic Education (ABE) Policy Task Force, on the ABE Teacher Licensure Task Force and as a member of the Governor’s Taskforce on Reading Excellence. Eric is a registered lobbyist and former president of Literacy Minnesota, an advocacy group for adult literacy.

Eric began his human services career by serving in the Peace Corps in Haiti and Paraguay. He earned his B.A. from Concordia College, Moorhead, Minnesota, and a Master’s of International Management from the University of St. Thomas, St. Paul.

He can be reached at enesheim@mnliteracy.org.

David J. Rosen holds a doctorate in education evaluation from the University of Massachusetts Amherst.  He was Executive Director of the Adult Literacy Resource Institute at the University of Massachusetts in Boston, from 1986 to 2003. As an independent consultant since 2003, he has recently provided education and evaluation services to, among other organizations: TERC, as an evaluator of the Massachusetts SABES adult basic education mathematics professional development center; Essential Education, to develop an online guide to blended learning for adult educators; and with Strategy Matters, to the City of Boston to assist in planning the Office of Workforce Development’s Career Pathways Initiative. He is the moderator of two U.S. Department of Education-sponsored LINCS communities of practice: Integrating Technology; and Program Management. David was the evaluator of English Now, a pilot nonformal education blended learning model sponsored by World Education’s Education Tech Center and Peer to Peer University, that provided English language instruction to adults on waiting lists for English classes. He is an advisor to the English Now! national scale-up project that began in the fall of 2018. David is a co-founder of the Open Door Collective. He can be reached at djrosen123@gmail.com.

Federico Salas-Isnardi has worked for over 30 years in the adult education and literacy space and is a leader concerned with the intersection of education and equitable opportunity.
As the inaugural director of the Mayor’s Office for Adult Literacy (MOAL) in Houston, Texas, he works tirelessly to develop visionary initiatives that address the impact of low functional literacy, including digital literacy, in the life of our communities and across generations.  He has engaged partners in the community to develop and implement a long-term strategic plan for adult literacy (https://houstontx.gov/adultliteracyblueprint/).
His experience includes working with local, state, national, and international educational projects where his perspective is widely respected.
A linguist by training, Federico has presented hundreds of professional development workshops and is a regularly invited speaker on matters of diversity, equity, and inclusion at conferences around the nation. He is a published author of ESL and citizenship textbooks, holds a master’s degree in Applied Linguistics, and is a Certified Diversity Trainer and a Credentialed Adult Education Administrator in Texas.
He can be reached at Federico.Salas-Isnardi@Houstontx.Gov

Gwenn Weaver is an independent management consultant, recently retired from working as a broadband program specialist at the U.S. Department of Commerce, National Telecommunications and Information Administration (NTIA).  She served as federal program officer for NTIA's Broadband Technology Opportunities Program (BTOP), and staffed the development of the federal Digital Literacy Portal (digitaliteracy.gov).  Presently, she is participating in a project for a ProLiteracy, serving on the Committee on Literacy of the American Library Association, and is a national advisor to the Great Stories program of the ALA.  Prior to joining NTIA, she was a vice president at a higher education consulting practice, and has worked for other federal government agencies, two large research universities, several consulting firms and a major bank.  She began her career in libraries, having been a public, school, academic and special librarian.  She holds a Master of Business Administration in information systems, Master of Science in Library Science, Bachelor of Arts in sociology and an Associate of Arts degree. She can be reached at gwwork50@gmail.com

Who OUR FIELD serveS

1 in 3 adults would benefit from literacy support 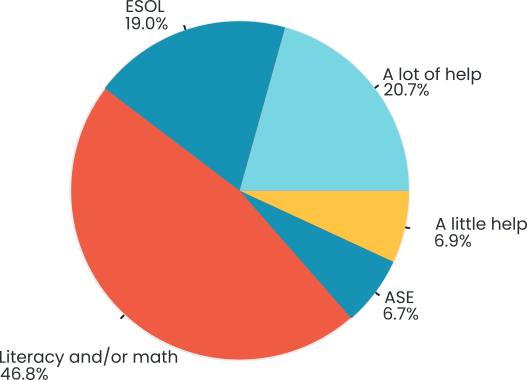 The PIAAC assessment found that one in three (42.1 million) US adults report that they speak or write English not well or not at all, have low literacy or math skills, or do not have a high school credential. 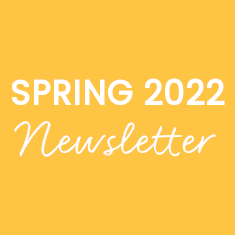 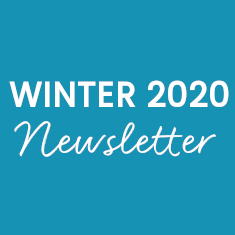 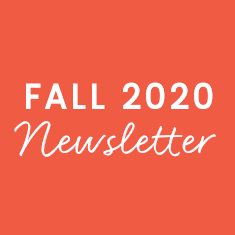 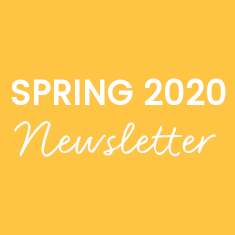 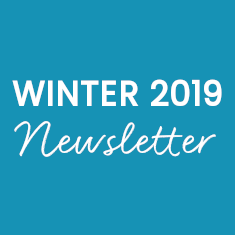 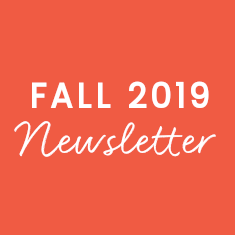 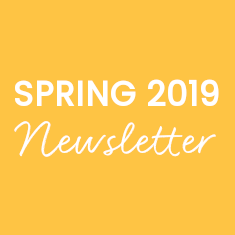 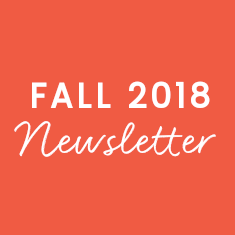 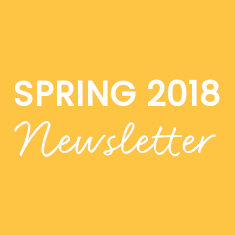 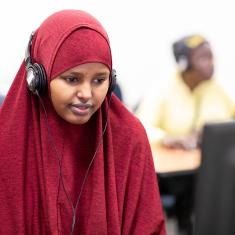 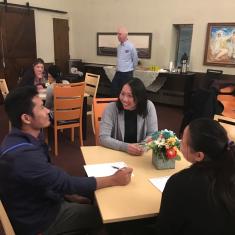 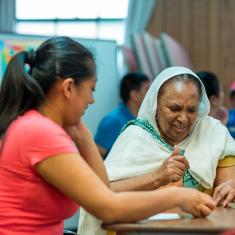 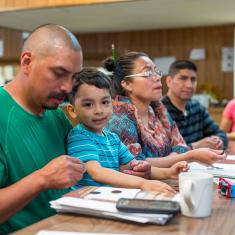 Immigrant and Refugee Education and Integration 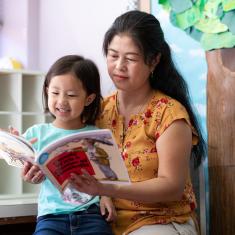 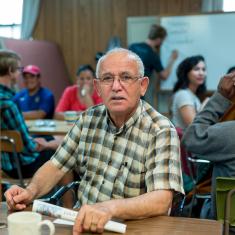 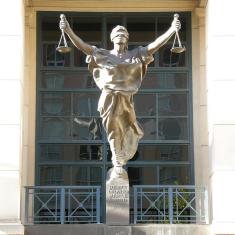 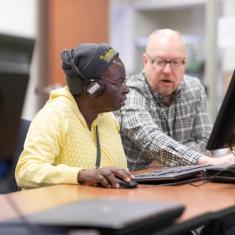 The Open Door Collective (ODC) seeks to bridge isolated adult basic skills education and poverty reduction advocacy efforts.  By sharing information about the key issues and programs in each area, we hope to facilitate more collaboration and innovation, leading to greater success for these communities.

Adult Foundational (Basic) Skills Advocacy Community. For adult educators, we recommend resources and readings to help them tailor programs to collaborate with poverty reduction and opportunity initiatives.  Readings and Resources for Adult Educators about Poverty Reduction and Increased Opportunity

Downloadable Slides from Presentations about the Open Door Collective at conferences 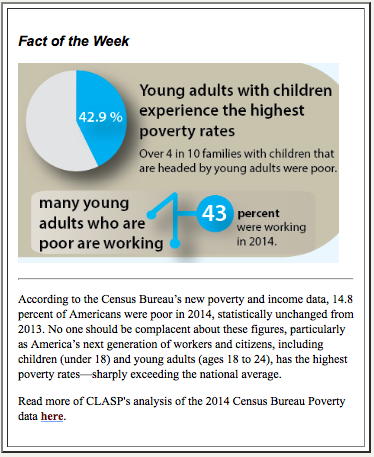