Joe Miller is Literacy Minnesota’s Digital Access Project Manager, leading its CARES-funded digital access programming. He first encountered Literacy Minnesota as a volunteer English teacher and civics tutor at the Open Door Learning Center - Northside in 2018. Joe was motivated to volunteer with immigrants and refugees in north Minneapolis to conserve his family’s story of acceptance in the U.S. two generations ago — his grandfather came to the U.S. as a stateless child, learned English as a second language and then taught English as a second language, and would become a public-school administrator in Camden, NJ. The experience at Open Door prepared Joe for his Fulbright fellowship in Indonesia. Joe returned to Literacy Minnesota as an AmeriCorps VISTA with its Summer Reads program in 2020. He began managing the CARES-funded Minnesota Department of Education Digital Access Project in September 2020. Prior to his work in English literacy, Joe managed a 501(c)(3) non-profit summer ice hockey camp in the Brainerd Lakes Area.

Joe was awarded a B.A. cum laude with Distinctions in economics and political science from St. Olaf College in Northfield, MN. He has also studied at the London School of Economics and Political Science and the School of Oriental and African Studies, University of London. He worked as an Academic Mentor at the London School of Economics and T.A. at St. Olaf, where he played NCAA ice hockey, too. Joe enjoys live music, especially early recordings of his fellow New Jersey native Bruce Springsteen, other lyrical arena rockers like Fleetwood Mac and the Killers, and fast paced punk like Blink-182. Joe’s passion for literacy grows from his fascination with humans’ ability to bear witness, tell stories, and influence others whom they will never know. 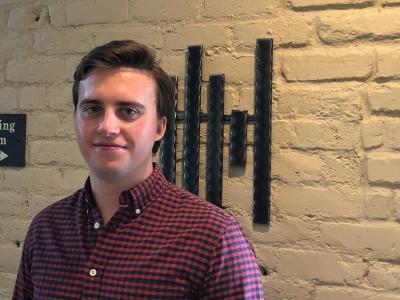